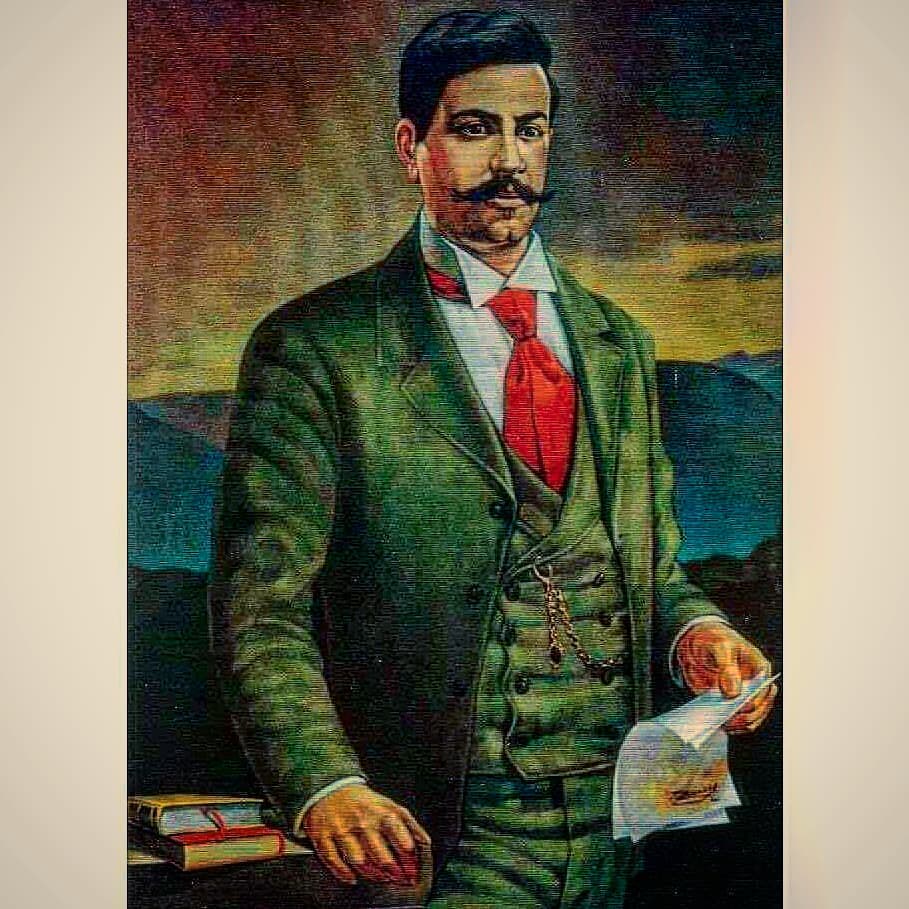 Gеorgia-Gotse Delchev, Macedonian liberation leader, ONE, OF THE GREATEST!

“And Gotse Deltcheff was the flesh and blood of IMRO [Internal Macedonian Revolutionary Organisation]. He was the energy, the motive power which pushed the efficient and vibrant machine into action. The very sound of his name acted like magic upon the souls and minds of the Macedonian youth. It was enough for a rumor to go through the villages that Deltcheff was in the vicinity for people to feel that freedom was nearer at hand.
One could hardly conceive of two human beings more different from one another than were Deltcheff and Grueff. One of them was frank and naive, solving the most perplexing problems by sheer intuition; the other, a sound thinker, with an eye for the practical.
Deltcheff was ever ready to burn himself in the buoyant flames of his boundless love; Grueff had completely dominated his emotions and exposed himself only so much as circumstances warranted. Deltcheff believed that all people were fashioned after his own spiritual image and trusted to the utmost in their good natures; Grueff looked upon every human being as a subject for observation and for conscious cultivation. One of them personified faith and exultation, which helped him to recover quickly after the most trying experiences; the other, with his unperturbed equilibrium and his restrained but constant optimism, was always prepared for disappointments. And, finally, Deltcheff dominated the souls of men by his absolute frankness, brightly reflected in his eyes, while Grueff succeeded just as well through his iron logic and his rare aptitude for taking into account the character of his subject.
The two men met for the first time in Shtip immediately after Deltcheff’s return to Macedonia. They both were “school teachers” in the town. It is not hard to imagine what sort of school teachers they made. Little did Deltcheff’s pupils suspect that this “schoolmaster” of theirs a few years hence would be the ‘bash-comitadji’, and that the Sultan would be offering a bag of gold for his Head.
“Listen boys”, Deltcheff told his class, “any of you who at the end of the term cannot jump over one of these benches will not be promoted to the upper grade. I shall thrash anyone that does not strike back when someone strikes at him. I shall cut off the tongue of anyone that spies on his schoolmates and reports to me. You must yourselves punish anyone that you think has done wrong.”
This was quite in keeping with his conduct as a student in the Bulgarian ‘gymnasia’ in Salonica. THe class there had once been plotting something against the teacher. One of the students reported the conspiracy. The thirteen-year-old boy from Kukush would rather hand than leave the traitor unpunished. So he struck a dagger in his back.”